Has any Project Status Report looked suspiciously perfect to you ?

The is an example of a weekly report where everything seems right from the outside with no issues presented from the project manager (PM) but when you dig deeper the ‘Red’ starts to appear; this concept is called the “watermelon effect”. This creates curiosity which reveals major issues that were derailing the project but were avoided to be reported to the management for selfish concerns. Just like cutting a watermelon, while reviewing reports from management viewpoint, you might have to apply some force to expose out the real problems. And in such instances, once you are inside from the outer covering you start seeing the true color ‘Red’. As a Project Manager, it is important that you take all the steps to avoid this kind of reporting. When issues are discovered earlier and are highlighted to the appropriate stakeholders, they have a better chance of prompt resolutions. Risk which are controlled can turn in to opportunities providing a positive impact to the project. Project performance should not be considered as the project managers’ performance.

This needs the senior management to know that its important to inculcate the habit of honesty, openness and transparency in the team. The Management team who is reviewing needs to ensure, honesty is not penalized but motivated and may be rewarded to start a culture of honest reporting which can be believed in without any doubts. 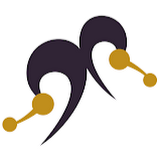 PMOBytes
Based on 83 Google reviews.

Mukh M
Verified
PMOBytes is the place to go whenever you are looking for experience and knowledge. I had a great chance to get trained and certified in ITIL and Scrum Masters with the help of talented Instructors over there. I do recommend PMOBytes for training, certifications and professional project management services.

Emitta .....
Verified
Great work culture and energetic team. The work life balance is pretty amazing . They truly try their best when it comes to providing a supportive, growth oriented and a healthy work environment. Manager is open, transparent, and incredibly understanding. I got exposure to the journey from development to release cycle of the product "QPunch". The management trusts who you are and gives you the possibility to work in a cross functional environment (collaborating with development testing and support team to develop new features). I truly feel valued as an employee.

Nadeem Sheikh
Verified
Excellent trainer and training provider. I had a training session on QPunch tool for project management and Masha'Allah product seems brilliant and fit for purpose A lot of features and good reporting Masha'Allah The trainer knows what he is talking about as he has actually been there and done that, with his 20 years of experience achieved globally. it always makes more sense when the trainer talks from their experience rather than just deliver theory from a book. Highly recommend training from PMO Bytes and QPunch tool

Bishad Parambil
Verified
Trainer knowledge is excellent and with the course and helped me through out to get the certification . I came from a different a background for which the trainer given an extra effort to make sure to understand the concept and get the prince 2certification

Omar Khalifa
Verified
I had registered for PRINCE2 Practitioner training course which had very beneficial videos. Videos had a dialogue between two experts Frank and Nader who discussed about the implementation of PRINCE2 in scenario based samples. I really enjoyed them and helped a lot in understanding. At the end of the course, four sample exams were included that helped a lot to practise using the manual. The result I got in the real exam is almost same result I got in those sample exams. I advise anyone who is interested in PRINCE2 to take this course. Good luck.

Marllouie Arugay
Verified
i pass ITIL 4 Foundation. Thank you so much

Suroor Ahmed
Verified
I was trained ITIL here and so much takeaways with real-time scenarios and passed ITIL V4 with 98% marks. 100% recommend PMOBYTES for ITIL Training. 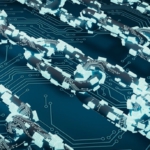 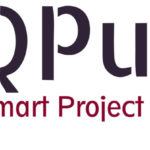 By clicking accept, you agree to the use of cookies for the best possible experience, including for site functionality, personalized ads & content.

We may request cookies to be set on your device. We use cookies to let us know when you visit our websites, how you interact with us, to enrich your user experience, and to customize your relationship with our website.

Click on the different category headings to find out more. You can also change some of your preferences. Note that blocking some types of cookies may impact your experience on our websites and the services we are able to offer.

These cookies are strictly necessary to provide you with services available through our website and to use some of its features.

Because these cookies are strictly necessary to deliver the website, refuseing them will have impact how our site functions. You always can block or delete cookies by changing your browser settings and force blocking all cookies on this website. But this will always prompt you to accept/refuse cookies when revisiting our site.

We fully respect if you want to refuse cookies but to avoid asking you again and again kindly allow us to store a cookie for that. You are free to opt out any time or opt in for other cookies to get a better experience. If you refuse cookies we will remove all set cookies in our domain.

We provide you with a list of stored cookies on your computer in our domain so you can check what we stored. Due to security reasons we are not able to show or modify cookies from other domains. You can check these in your browser security settings.

We also use different external services like Google Webfonts, Google Maps, and external Video providers. Since these providers may collect personal data like your IP address we allow you to block them here. Please be aware that this might heavily reduce the functionality and appearance of our site. Changes will take effect once you reload the page.